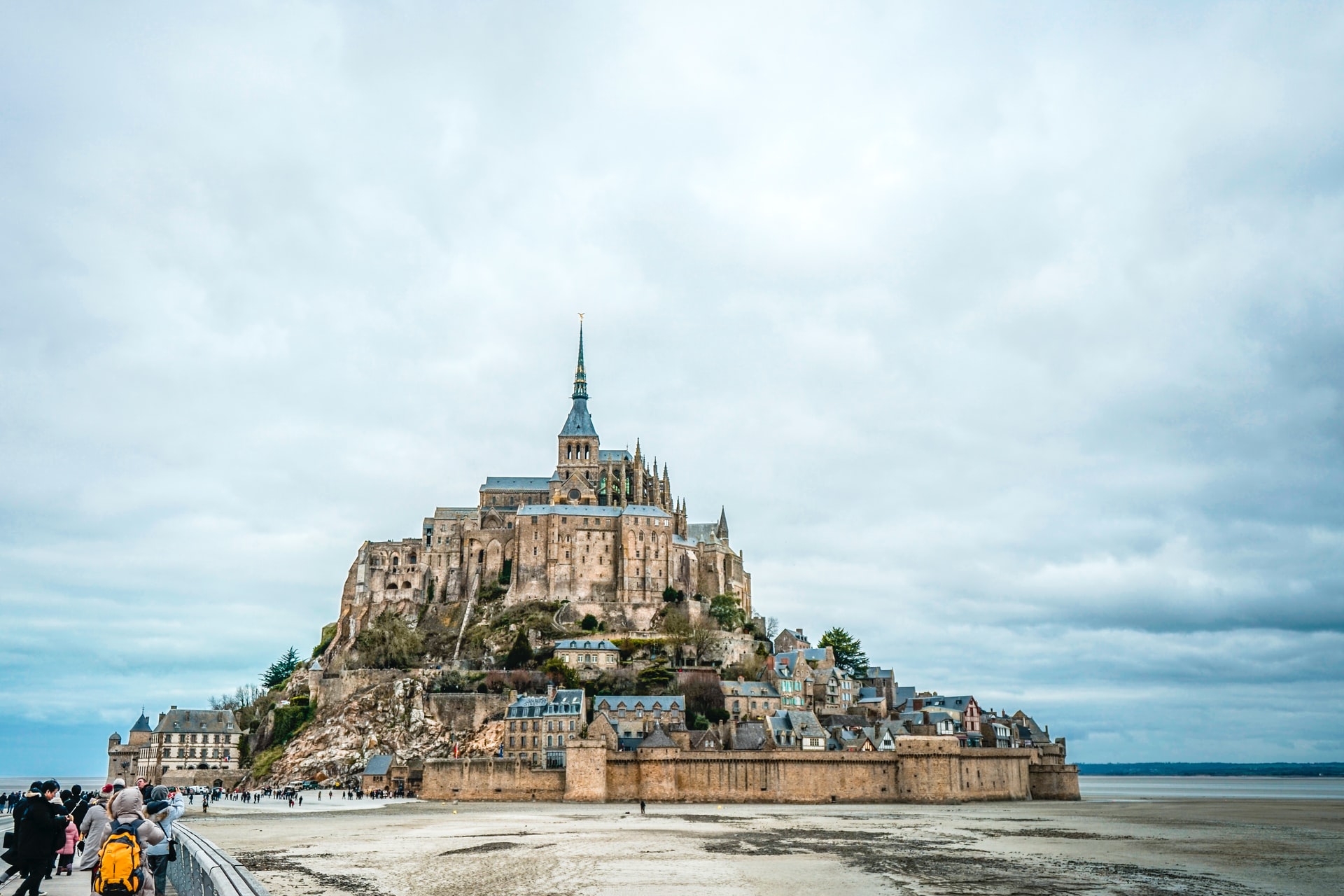 Normandy is a geographical and cultural region in Northwestern France in Europe near to the French capital of Paris. This region comprises primarily the mainland Normandy (part of France) and the Channel Islands (mostly the British Crown Dependencies). The total area that it encompasses is 30,627 square kilometers and Its population is 3,499,280.

The natives of Normandy are known as Normans and the Norman language is most frequently spoken and understood here. Large settlements include Rouen, Le Havre and Cherbourg. Normandy is renowned for its beautiful impressionistic art galleries, gourmet cuisines, medieval towns and breathtaking landscapes. Five départements (counties) constitue Normandy:  Seine-Maritime (capital: Rouen), Calvados (Caen), Manche (Saint-Lô), Orne (Alençon) and Eure (Evreux). There is a 350 mile coastline and area for beaches. Normandy is easily accessible from the UK thanks to its four cross-Channel ports (Dieppe, Le Havre, Caen-Ouistreham and Cherbourg). Caen-Carpiquet and Deauville airports run regular flights if you are traveling to France from somewhere abroad.

The varied features present here include the unique cliff and rock formations at the pretty seaside town of Etretat, the historic coastline stretching from Caen to Sainte-Mère-Eglise via Arromanches-les-Bains, The River Seine heard gushing through wooded hills and valleys, Clécy, capital of Suisse Normande and one of the listed ‘Characterful Villages in Calvados’ offering outdoor activities like canoeing-kayaking, zip-line and an 18-hole golf course, the metropolitan excitement of Rouen and the fields and hedges of Calvados, displaying orchards and half-timber houses.  The Mont-Saint-Michel and its Bay are also some spectacular sites at Normandy.

For a long time this holy island was Europe’s major pilgrimage destination and is now a UNESCO World Heritage site. You can even watch the “Chronicles of the Mount” show every evening except Sundays at the abbey here. The story of the Mount becoming a pilgrimage site is very interesting and dates back to the 8th century.  Aubert, bishop of the nearby hilltop town of Avranches, claimed that the Archangel Michael himself had pressured him into having a church built atop the island just out to sea. The Abbey of the Mont-Saint-Michel became a center of learning where manuscript illuminators in Europe made frequent visits. Other buildings line the steep village street, now converted into museums, restaurants, hotels and shops for today’s tourists.

The cultural and contemporary region of Normandy is almost similar to the historical Duchy of Normandy. This comprises small areas that are now part of the departments of Mayenne and Sarthe. The Channel Islands are also historically part of Normandy and they cover 194 square kilometers. The two bailiwicks – Guernsey and Jersey – which are British Crown Dependencies are part of these islands. The origins of Normandy’s name date back to the 19th century as a result of settlement of the land by Vikings “northmen.” This was confirmed by the treaty in the 10th century between King Charles III of France and the Viking jarl Rollo.  After the Norman Conquest of England in 1066, the following 150 years linked England and Normandy by having the same person rule as both Duke of Normandy and King of England.

The Norman Conquest led to a futile conflict between Normandy and England which sparked a Hundred Years’ War mostly fought in Normandy. Its last battle at Formigny in 1450 was conducted just a few miles away from Omaha Beach. The cross channel operation (D-Day) on 6 June 1944, was a three-month Battle of Normandy that ensued and led to the eventual liberation of Europe which would also have a profound effect on history.

From Giverny to Granville explore the five world-famous exhibitions by the renowned museums at Normandy. Marvel over the artifacts and manuscripts from the past over this summer display of first-hand works by Normandy’s best artists:  Claude Monet, Gustave Flaubert and Christian Dior!

MONET / ROTHKO AT THE MUSÉE DES IMPRESSIONNISMES IN GIVERNY

The research about methods of Impressionist art have unveiled several contrasts and similarities between the works of Claude Monet and the abstract artist, Mark Rothko. The striking difference between the thought-processes of both the artists is reflected in their art. Monet prefers the immediacy of expression whereas Rothko attempts a more intense approach where contemplation precedes any practical work. Therefore, the Monet/Rothko exhibition will showcase the provocative power of both the artists while providing the audience with a sensory and visual experience. Six works by Rothko and seven paintings by Monet will give the visitors a glance over Vertigo or Contemplation to derive their own perception on impressionist art.

SUMMER OF A COLLECTION AT THE MUSÉE DES IMPRESSIONNISMES IN GIVERNY

Musée des impressionnismes Giverny is now offering an outlook to its most recent collection this summer with lesser known artists and their undervalued works. From impressionism to contemporary art, every artistic era and technique will be endorsed to garner support for underrated creative personas for the public to discover a peaceful moment between nature and art.

In 1947, when Christian Dior established his brand, he made hats as the integral fashion statement not only for the Dior style but also for the French Haute Couture and international fashion. During the seven decades of history, Dior Haute Mode workshop has remained active and fully committed to producing signature hats. Since 1996, the British milliner Stephen Jones has kept this tradition alive continuing his work with the successive artistic directors at Dior, including Maria Grazia Chiuri today. In 2022, this is the very first exhibition where the Christian Dior Museum is dedicating a special space for displaying their craftly hats. The massive collection includes 200 hats and 30 Dior Haute Couture dresses.

Salammbô, the novel by Gustave Flaubert of the fatal relationship between priestess Salammbô and Mathô, leader of the mercenaries who rebelled against Carthage, the capital city of the ancient Carthaginian civilization, on the eastern side of the Lake of Tunis in what is now Tunisia. “Salammbô: Fury! Passion! Elephants!” The exhibition is organize as part of this year’s bicentenary (200th) celebrations of Flaubert’s birth, and explores the impact that this novel made on the arts and the history of the Mediterranean. This display will be set up till mid-September in Normandy and then move up to Marsaielle and Tunis, portraying similar archeological and literary archives.

Alençon is the Southern town of Normandy where the art of lacemaking is celebrated. This is such a technical and precious art skill that the local stitching-technique is even UNESCO-listed. This year, the town’s Musée des Beaux-Arts et de la Dentelle is hosting a new exhibition called The Art of the Alençon Lacemakers where visitors can explore the historical significance of lace making through local art works and analyze the case studies of native women who are passionate about their craft. How this vocational training might provide jab and financial independence to village women in Normandy is of particular interest here. The museum will host an event, Between the Threads. Where contemporary artists can learn about the rich cultural heritage of lacemaking. They will also be give a chance to observe the expert lacemaker, Sandrine Pincemaille. Who will be give carte blanche (full authority) to create whatever she chooses.

In Deauville’s cultural center, Les Franciscaines, the exhibition Masters of Colour in the 20th century. Will showcase many art pieces. Which have not been saw by the general public. Before to depict how colour pigments were essential to 20th century art. From deep blacks to vibrant greens, reds and blues. This exhibition features masterpieces by artists like. Pierre Soulages, Yves Klein, Marc Chagall, Sonia Delaunay, Fernand Léger, Joan Mitchell and many more.

A Best Guide all about Villas 2021