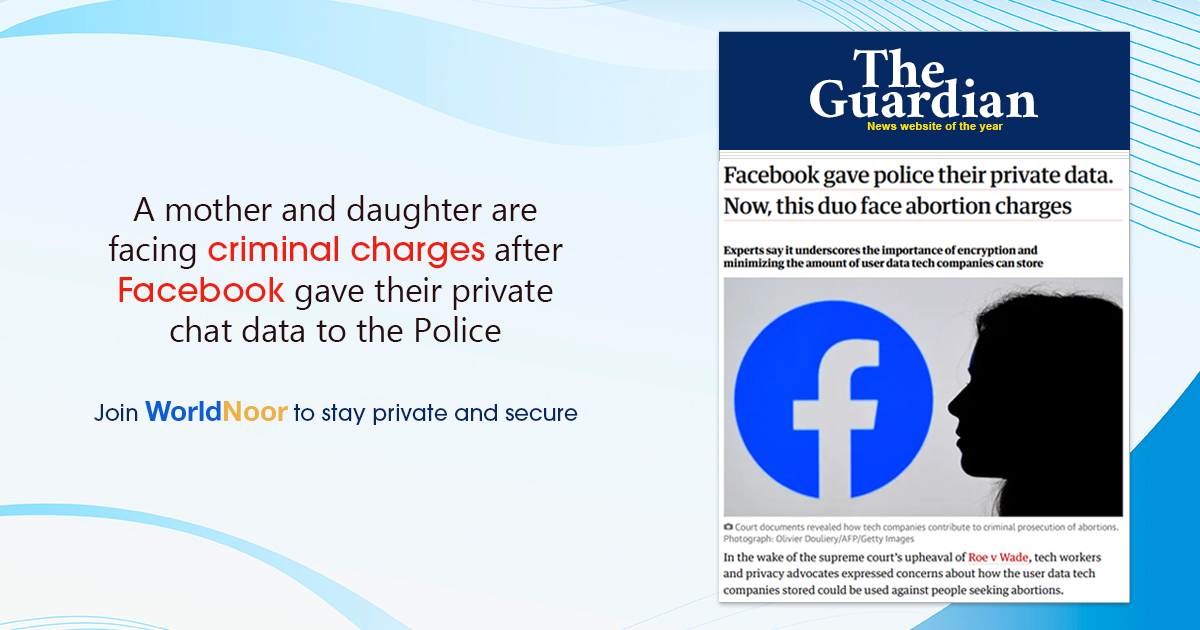 Facebook, one of the largest social media platforms in the world wants to take even more control over its users. While they have been doing this since their birth, they are lowering the bar by giving information without consent and providing a way for people to target users whom they want to get information from.

With each new update, Facebook seems to be making it easier for businesses and other organizations to track our movements and collect data about us. Even if we’re not actively using the site, our data is still being collected and sold.

The problem is that Facebook has become so entrenched in our lives that it’s hard to imagine living without it. For many of us, it’s a necessary evil. We use it to keep in touch with family and friends. Many of our businesses have shifted completely online and Facebook is the main source to run it. But we also know that our data is no longer safe.

Therefore, It’s high time we take a stand and look at other alternatives. That is only how we can get rid of this necessary evil.

We have all heard a few stories where Facebook didn’t respect the privacy of millions of users at some point. Haven’t we?

The story first came to light in an investigative report by The Guardian, which revealed that Cambridge Analytica had used a personality quiz app to collect data on Facebook users without their knowledge or consent. This data was then used to create targeted political advertising during the 2016 US presidential election.

While the full extent of the scandal is still unfolding, it has raised serious questions about data privacy and the role of social media in elections. It also highlights the need for greater regulation of the tech industry.

It has recently come to light that a teenage girl and her mother from Nebraska have been charged with multiple felonies for having an abortion at home. According to the sources, they used private Facebook chats to charge them.

It is said that the girl was 20 weeks pregnant and the mother-daughter duo performed an abortion at home and buried the stillborn fetus with the help of a 22- year old man. They had discussed in their chats whether to burn or bury it.

The police had their doubts and sought Facebook’s help to dig deeper. Facebook authorities, without any hesitation, provided complete private chats to the authorities, which then became the base of the case.

The age of privacy is over. With the advent of social media and Facebook, in particular, our lives have become an open book. What we do, where we go, who we associate with — it’s all there for the world to see. And while some people relish in this new era of openness, others are struggling to find ways to keep their lives private.

Such cases show that Meta, especially Facebook, has no issues giving out private data, which is a major privacy hazard. With our increasing reliance on social media apps, privacy is a MUST! We can not compromise on that. That is exactly why we need to find a more secure substitute for Facebook.

As we increasingly rely on social media apps for our communication and connection needs, it’s more important than ever to make sure that these apps respect our privacy. No one wants their personal information to be mishandled or their conversations to be eavesdropped on, so it’s crucial that we only use apps that value our privacy as much as we do. We should all demand better from the social media apps we use, and only settle for those that meet our standards.

With the recent uproar over Facebook’s handling of user data, many people are wondering if there are any alternatives to the social media giant. While there are other options out there, none of them have the same reach or user base as Facebook. However, that doesn’t mean they’re not worth considering.

WorldNoor is one of the best Facebook alternatives. It offers all the features that Facebook does. Already running worldwide, this app offers the chance to get the same exposure while still maintaining your privacy.

While social media apps are a great way to stay connected with friends and family, they come with risks. You might be sharing private information with people you trust, or inadvertently revealing embarrassing moments.

We at Softech believe that privacy is the first and foremost need of every individual. It is the basic right of every person and no matter what, compromise on privacy is not an option! Therefore, we keep a strict check on privacy and our team tries its level best so that there are no loose ends. It is the right of everyone to be free from unwarranted intrusion into one’s personal life.

Facebook has shown the world that it does not care about its privacy policy. It will expose your private data to the world or sell it to someone if need be, without hesitating one bit. In a world where everything is shifting online, privacy is not just a need, it’s a necessity!

Privacy is the basic need of every individual, and it’s something that we should fight for no matter what. In a world where so much information is shared online, it’s more important than ever to protect our privacy. WorldNoor is your solution to all privacy problems.

Give it a try and let us know how you like it!

View all posts by umar Farooq