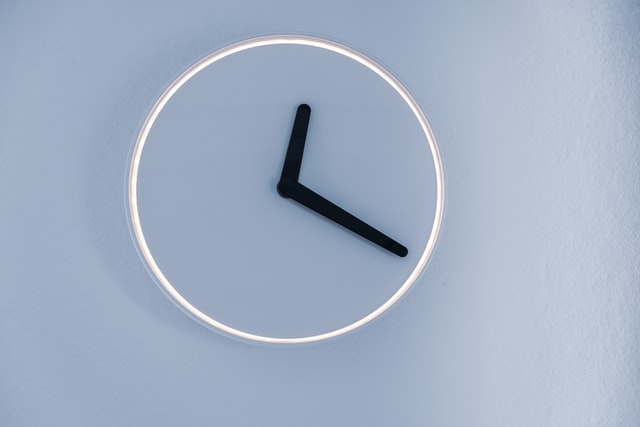 What is Daylight Saving Time (DST)?

This is the practice of moving the clocks forward one hour from the standard time in the summer months. The clocks are then readjusted and the time goes back in the fall months. The main aim of “when the clocks go back” is to utilize maximum sunlight during the day. In spring you get to extend the time so moving one hour forward gives you more daylight in summer evenings. On the other hand moving the clock back one hour in Fall gives you more sunlight during winter mornings. In most of the United States the DST begins at 2:00 A.M on Sunday 13th March, 2022. On Saturday night the clocks are set one hour forward which is known as the “spring forward.” This means losing one hour. The DST ends on Sunday 6th November, 2022 at 2:00 A.M.

On Saturday night the clocks are set one hour back which is known as the “fall back.” This means gaining one hour.  Generally, the DST begins on the second Sunday in March and ends on the first Sunday in November. The best way to remember it is through the expression “spring forward, fall backward.” These dates only apply to places in the United States and Canada. Some specific places in the U.S do not follow these DST times. They are Arizona, Puerto Rico, Northern Mariana Islands, Guam, American Samoa, Hawaii and the U.S Virgin Islands. Other countries might follow a different pattern for dates for DST too. For the nations that are included in the European Union summer time begins and ends at 1:00 A.M.

What is the History of Daylight Saving Time (DST)?

Perhaps, Benjamin Franklin’s “An economical Project” is the forerunner of the concept of DST. This proposal which was written in 1874 is one of the earliest attempts to ‘save daylight.’ In this Benjamin urges people to wake up as soon as the sun rises by measures such as church bells ringing or even cannons fired. Waking up at dawn and going to bed early will save the expense of candlelight.

However, the true founder of the theory “when do the clocks go back?” is an Englishman called William Willet. He was a London builder and in 1907 while he was riding his horse early one morning, he got this idea. He noticed that the shutters of many houses were still closed while the sun was out. Willet started his personal light saving campaign with the manifesto “The Waste of Daylight.” He stated that everyone prefers the long light evenings but lament when the days start to shrink.

Bright Light In The Early Spring And Summer Mornings

However, one should also regret missing out on seeing the bright light in the early Spring and Summer mornings. The fact that 210 hours of daylight is wasted is a huge shortcoming. England must take necessary actions to remedy this defect. Willet made several efforts to lobby businessmen, members of Parliament and Congress. He asked them to put the clocks 20 minutes ahead on each of the four Sundays in April. And to reverse this process on consecutive Sundays in September. Nevertheless he was ridiculed and people even targeted him morally. They blamed him for committing the sin of lying about the true time. In the EU all the time zones change at the same moment and this is according to the Universal Time (Greenwich Mean Time). So the DST starts on the last Sunday in March but ends on the last Sunday of October.

Why was DST adopted in the Past?

It was during WWI when the government and citizenry recognized the need to conserve coal for heating homes. It was the Germans who were the first ones to adopt the light-extending mechanisms in 1915 for saving fuel in WWI. Then in 1916 the British Summer Time was introduced. This was from May 21st to October 1st and the clocks in Britain were set one hour ahead. In 1918 the U.S Congress also passed a Standard Time Act related to the time zones. The U.S government Congressional Committee was then set up to investigate the benefits of DST. There was a lot of public opposition since people believed Daylight saving was only to make late sleepers wake up early. Others thought that it was very unnatural to follow the clock instead of the sun. Moreover, in 1917 President Woodrow Wilson declared war and energy consumption was now of foremost importance.

There was huge public support for changing the clocks. The National Daylight Saving Convention even handed out postcards with Uncle Sam on it. He was holding a garden hoe and a rifle and turning back the hands of a pocket watch. Voters then signed and mailed these postcards to the congress. They explained that if there were more daylight hours, they could work longer for their country. Even Manhattan’s borough president claimed that if there was more daylight then home gardening could be promoted. This would in turn increase the food supplies for the Allies. There were also posters for motivating people. Addressing Uncle Sam that his enemies were already up and working in the extra hour of sunlight, when would he wake up?

Since the public was fully in support of this concept, the Congress officially made the announcement for DST. All clocks would move one hour ahead at 2:00 A.M on March 31st, 1918. Canada followed this similar policy. Now Americans are advised to turn off their lights and go to bed earlier than usual – around 8:00 P.M. The process of moving the clocks back is integral to saving energy resources and the limited fossil fuels as well. When people utilize natural light for work purposes, they won’t need to invest a lot of money on artificial lights at nighttime. By waking up early people can have more time to harness sunlight through solar panels. They can use this energy to power electrical appliances at home.