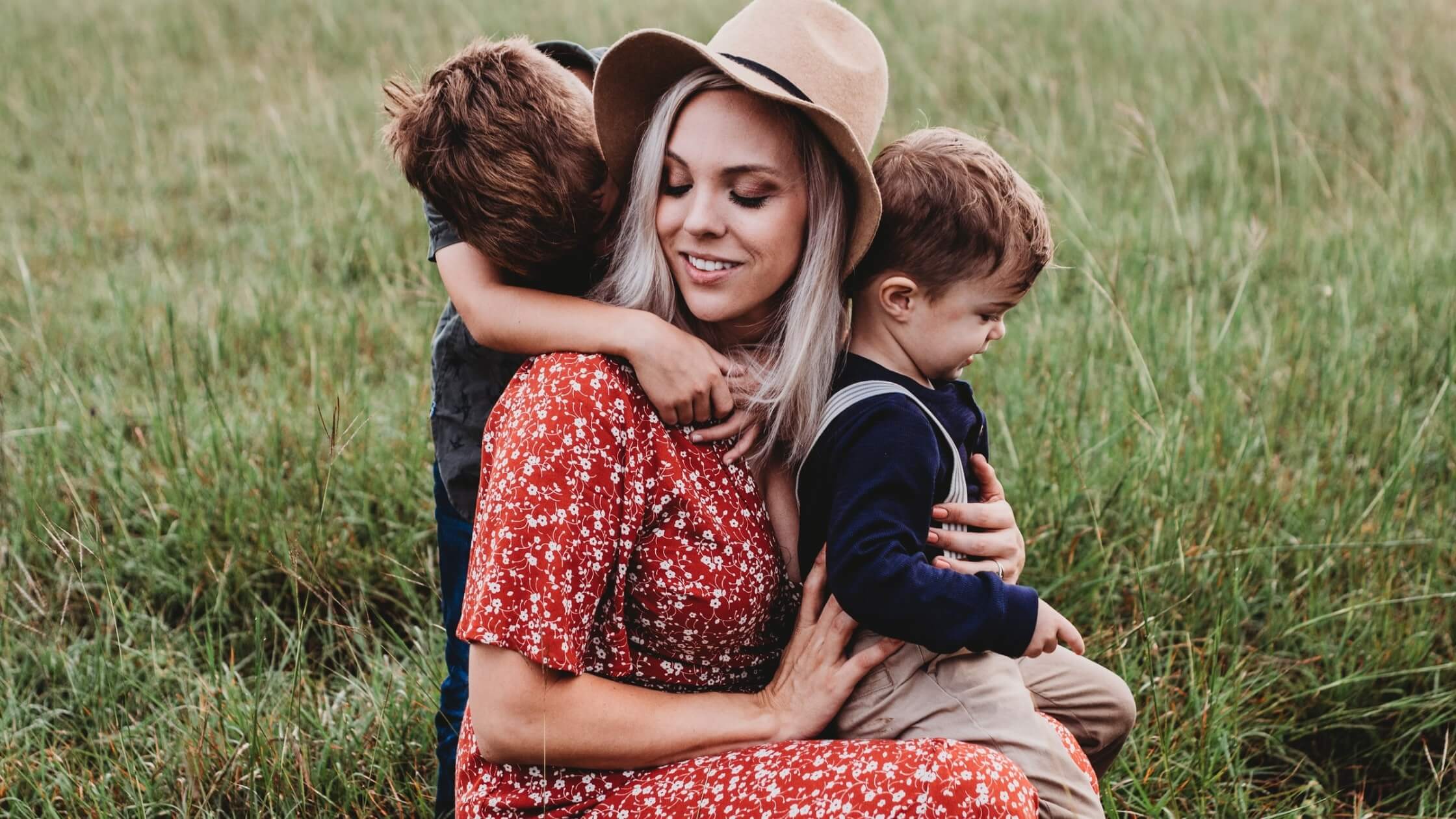 Mothers do not need to be appreciated on a specific day for their untiring and lifelong efforts. The sacrifices they make be it abandoning their professional career, personal luxuries or free time to cater for the needs of their children. Thus, a specific day “mother’s day” is celebrate in the honor of motherhood and to pay tribute to this relationship dynamic. It is also a holiday in some countries as people celebrate this day according to their particular cultures and preferences. This modern version of the holiday first originated in the United States. It was observe on the second Sunday of May every year. For the year 2022, Mother’s day is intended to fall on Sunday, May 8th. It was during the Middle Ages that this custom was developed for the people who had moved away from their homes or native lands.

They could visit their home parishes and mothers on the Laetare Sunday which is the fourth Sunday of Lent. This was therefore named as Mothering Sunday in Britain and it has continued in today’s time as well. The only difference is that now it is referred to as Mother’s Day. Anna Jarvis is the one who introduced this revived version of Mother’s Day in 1908. It then became a national holiday in 1914. However, Anna later tried to remove this holiday from the yearly calendar for she did not support its commercialization. This was supposed to be a family day like an intimate celebration. Not to be a formal gathering only for show purposes. The dates and methods of celebration may vary around the world. However, one thing in common is that this day involves mothers, flowers and gift cards.

The honoring of motherhood dates back to ancient Greeks and Romans. They held festivities to praise the mother goddesses Rhea and Cybele. The Phrygians and Greeks held a festival for Cybele, the Great Mother of the Gods. While the Romans did it for the goddess Rhea. Romans then altered this practice for Mother’s Day according to their own pantheon. Nevertheless the most modern form from where mother’s day originates is Mondering Sunday. This is a more recent version of the early Christian festival. This was a major day in the United Kingdom and Europe. It had a lot of significance as the faithful would return to the mother church on the fourth Sunday in Lent. This was considered a special and holy service to visit the church nearest to their home.

Gradually this practice became secular and rose above its religious connotations. On this holiday children would present their mothers with tokens of appreciation and small heartfelt messages. This tradition soon faded away as it joined in with the American Mother’s Day in the 1930s and 1940s. Today some countries still follow their ancient traditions. For example Durga Puja is held in India which honors the motherly goddess Puja. In Thailand Mother’s Day is celebrated in August. This is on the birthday of the current queen, Sirikit. In Ethiopia families gather each fall and sing songs. They enjoy large feats as part of Antrosht. This is a multi-day celebration of motherhood.

Moreover, the Mother’s Day that is celebrated in the United States has its inception in the 19th century. This is when Anna Reeves Jarvis at a time just before the Civil War in West Virginia started Mother’s Day Work Clubs. She taught local women how they could properly look after their children and impart good values to them. Later on the Civil War had dis united this region of the country but these cubs got together to show harmony. In 1868 Jarvis also took important steps for reconciliation by creating Mothers’ Friendship Day. Here mothers gathered with former Union and Confederate soldiers and tried to alleviate the tensions between them. Another contributor to the Mother’s Day celebration is Julia Ward Howe. She is an abolitionist and suffragette. In 1870 she wrote the Mother’s Day Proclamation and called all the mothers to work together in bringing world peace.

Then in 1873 she campaigned for a Mother’s Peace Day. This was celebrated on every 2nd June of the year. There were many other precursors for Mother’s Day. For instance Juliet Calhoun Blakely was a temperance activist. She started a local Mother’s Day in Albion, Michigan in the 1870s. Mary Towles Sasseen and Frank Hering also made efforts to organize Mother’s Day in the late 19th and early 20th centuries. Sometimes Hering is even referred to as the father of Mother’s Day. This is for giving birth to the idea and working hard to make it a successful yearly celebration. Quite interestingly, the most phone calls are made at this time of the year than any other. These holiday chats and calls with mothers cause the phone traffic to shoot as high as 37%!

The Role of Anna Jarvis

Jarvis belonged from Philadelphia. There her mother used to organize women’s groups for promoting health and friendly relations. This was perhaps see as the forerunner for Mother’s Day. After her mother’s death, Jarvis held a memorial service on May, 12 1907 at the Methodist church in Grafton, West Virginia. This was possible because she got financial support from John Wanamaker, a Philadelphia department store owner. That day about thousands of people visited a Mother’s Day event at one of Wanamaker’s retail stores in Philadelphia. It was when her mother died that Jarvis conceived the idea of Mother’s Day to honor the sacrifices they had rendered for their children’s futures and comforts. It was only within a period of five years that every state started observing this day. In 1914, President Woodrow Wilson finally declared it a national holiday.

Jarvis has started the tradition of wearing a white incarnation for one’s mother on Mother’s Day. However, people modified the custom and wore the red incarnation for a living mother and the white one for a deceased mother.  Gradually this day extended to other motherly figures in the family such as grandmother, aunts or elder sisters. After the success of her first Mother’s Day celebration, Jarvis decided to remain unmarried and childless. She was fully focuse on adding her holiday to the national calendar. And she was upset by the fact that American holidays were biased towards male achievements and honoring. She thus resolved to write letters and requests to well-known newspaper companies and politicians.

In her massive campaigns she urged them to set aside this special day for appreciating mothers. It was in 1912 that many prominent states, churches and towns started observing this holiday and celebrating the day in full passion. Jarvis was motivate enough to set up her Mother’s Day International Association for promoting her cause on a bigger platform. All her efforts were recognize and bore fruit in 1914. Woodrow Wilson finally signed a measure to officially establish Mother’s Day as a national holiday. With time the holiday became commercialized and like a formal ritual. Now Jarvis tried to dismiss this holiday which she had worked so hard to bring about in the first place.

Why did Jarvis decide to dismiss Mother’s Day as a National Holiday?

For Anna Jarvis mother’s day was a very personal kind of celebration between mothers and families. It had been conceive from her own love and affection for her late mother as she want to pay her regards. For her it was suppose to be something not very sophisticate but rather simple and hearty. According to her version it included wearing a white carnation badge and visiting one’s mother or church services. However, as soon as Mother’s Day became a national holiday, the capitalistic society did not miss the opportunity to take over. Florists, card companies and other gift stores took every chance to capitalize on this day. It was as if the real devotion and human connection that was originally a part of the Mother’s Day celebration was withdrawn. It was now precede by money making schemes and competition amongst traders and sellers.

Jarvis had herself worked with a Florist industry at the start to raise the profile of Mother’s Day, she soon got weary. In 1920 she finally got dismay by the extent of commercialization that was buy up regarding the holiday. She decried this transformation and urged people to stop purchasing mother day cards, flowers and candies. Jarvis began a campaign against the Mother Day profiteers and made protests against confectioners, bakers, florists and even charities.

Her determination could be see by the fact that she spent most of her personal earnings and savings for legal fees. This was when she sign lawsuits against companies and businesses that used Mother Day for their sales and for attracting buyers. By the time of her death in 1948, Jarvis had completely disowned this national holiday and was adamant not to change her mind. She also made frequent visits to the government offices to make sure this day was removed from the American National Calendar.